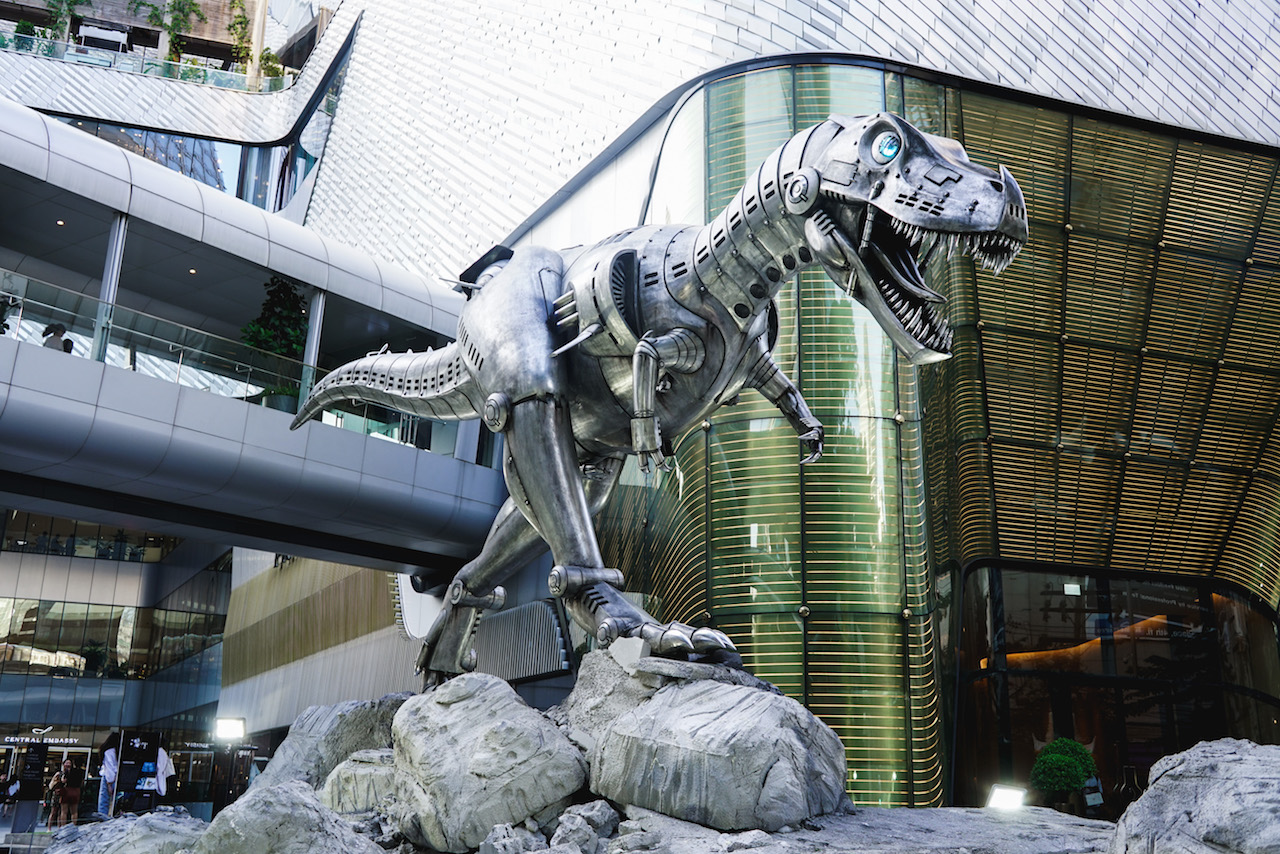 Japanese artist, Hajime Sorayama, has teamed up with AMKK curator, Azuma Makoto, to create a huge project called “SORAYAMA Space Park by AMKK” combining ideas of space with the wonders of nature.

Topped off with a 12-foot T-Rex sculpture standing atop a moon-like surface, the display sits in Bangkok’s Central Embassy and is seen by thousands each day. The concept of the project was birthed from the desire to bring Sorayama’s work to the Bangkok embassy. It was not until later when it was realized Makoto’s work dealing with space could compliment the project well.