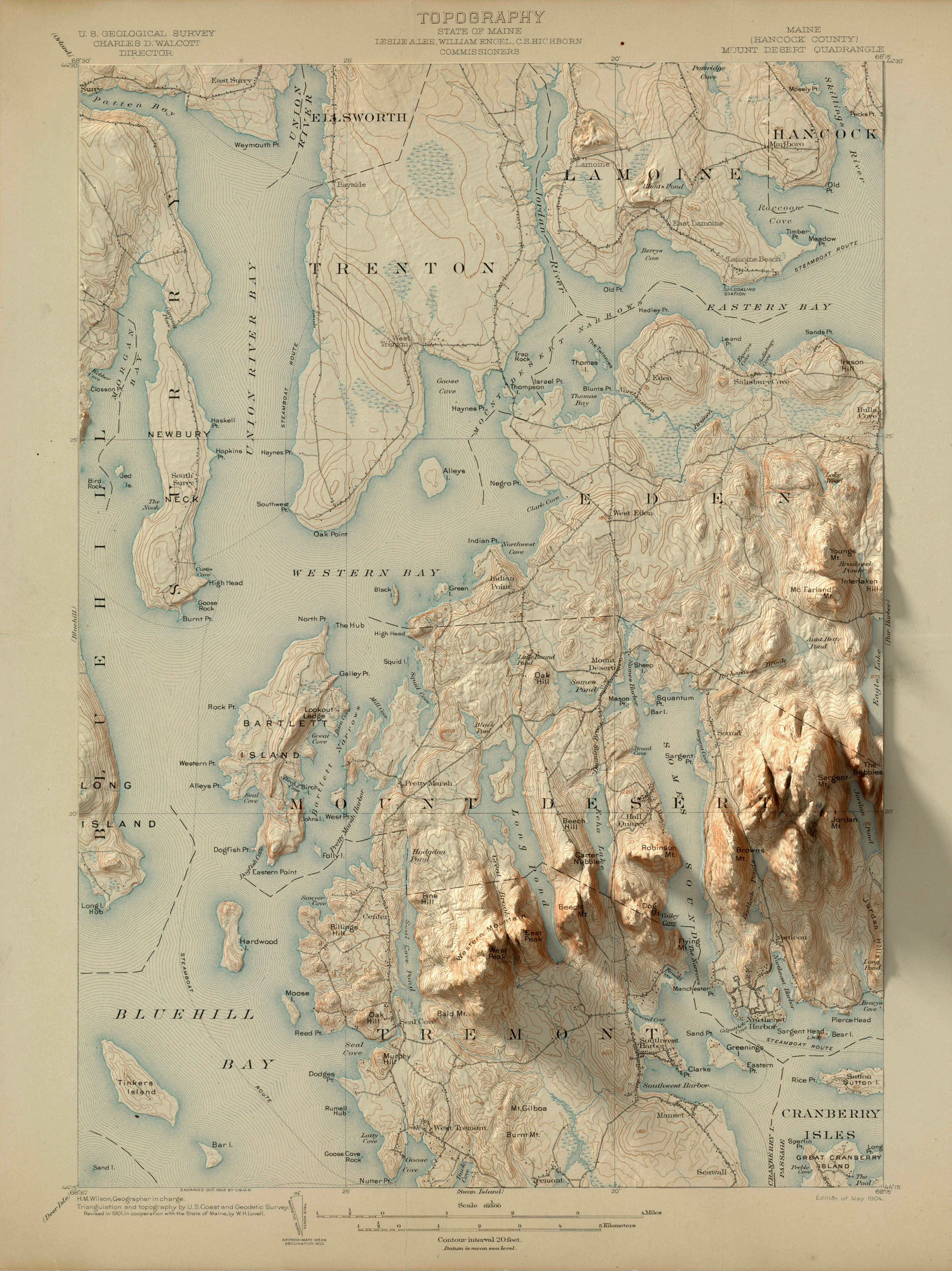 Scott Reinhard combines contemporary land elevations with historic maps to create three-dimensional environments of a specific region, city, or state. To produce the digital maps, he pulls elevation data from the United States Geological Survey, which he then embeds with location information and merges with the original design of the old maps.

Producing these hybrids allows the Brooklyn-based graphic designer to gain a better sense of the topography found in large areas without aerial photography, while also developing a story from the cartographic information. He often selects locations he has personally visited or is generally curious about for his digitally produced works. “I am from Indiana, which always felt so flat and boring,” he explains to Colossal. “When I began rendering the elevation data for the state, the story of the land emerged. The glaciers that receded across the northern half of the state after the last ice age scraped and gouged and shaped the land in a way that is spectacularly clear.”

By visualizing the history that shaped a location’s composition at a large scale, Reinhard is able to notice trends in the environment in a more localized way. These forces affect how we traverse our daily environments, but are hard to comprehend without taking the time to zoom out, or look at from above. “As a visual person, I was most intrigued by the ability to visually harness data and create images that helped me gain insight into locations,” he continues. “I felt empowered by the ability to collect and process the vast amounts of information freely available, and create beautiful images.”

Reinhard was introduced to the methods he uses in his digital maps through Daniel Huffman’s website Something About Maps. You can see more of Reinhard’s digital works on Instagram and buy select high-quality prints, on his website. (via This Isn’t Happiness)